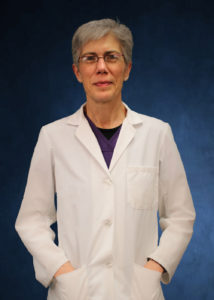 Dr. Cochrane received her DVM degree from the Ontario Veterinary College in 1982. After two years in private practice in King City, Dr. Cochrane returned to the OVC where she completed an internship in small animal medicine and surgery, followed by the DVSc program in neurology.

In 1990, Dr Cochrane became a Diplomate of the American College of Veterinary Internal Medicine (Neurology). She then worked as a staff veterinarian in neurology at the OVC from 1988 to 1992. Dr. Cochrane then joined the staff of Morningside Animal Clinic where she practiced for nine years. In 2002, Dr. Cochrane moved to the Veterinary Emergency Clinic/Referral Centre, where she is currently practicing as a clinical neurologist.

Contact VEC
As seen on "Vets Saving Pets" on NBC